Need to procure equipment from overseas, but your local funder won’t finance the import?

It is what we do.

The Details of the Transaction:

The weather analytics company approached AR Cash Flow with the opportunity to purchase a glider from a reputable manufacturer in Germany. The glider will be used by the client for its weather risk management solutions. The client had successfully secured government contracts in Australia.

Our client’s business had been thriving, but they had a limit on their ability to get traditional bank financing. They did not have the capital to purchase the glider and was rejected by other financiers at every turn. This was mainly due to credit and performance risk and other complexities involved, as the aircraft was not in Australia. As a result, the glider was held in the manufacturer’s warehouse for more than nine months.

The client was paying huge amount every week as storage charges for the glider held in the manufacturer’s warehouse. This was having an adverse impact on the client’s everyday cash flow. The client was really frustrated and was at a breaking point. He had also run out of ideas on what to do. That’s when AR Cash Flow stepped in, understood that this was a time sensitive deal and, quickly provided them with a solution that catered to their needs.

We used our market knowledge to learn about the client and the transaction. The Client, having been in business since 2003, had an excellent track record with many years of experience in providing weather risk management solutions. The purchase of the glider was quickly secured by the import documentary letter of credit issued by Westpac in Australia and confirmed by Commerzbank AG in Germany.

AR Cash Flow financed 75% of the total value of the glider. We also oversaw all the aspects of inspection, logistics, and delivery of the glider. Once the glider is included in the business operations, the company will be able to secure larger projects, which will impact its bottom line.

Got a similar deal? 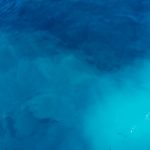