The Shrewdest, Smartest Manoeuvre Any Business Can Pull Off

Build growth only upon profits and survive the leaner times

Go for profit over growth.

Yes business is about pursuing both profit and growth. Either of which are very difficult to achieve. You would be best served if you choose to ignore growth until you prove yourself profitable. It’s good advice. Read on to dig a little deeper.

Why ignore growth until you can turn a profit?

There is a theory of Good and Bad Capital. In Clay Christensen’s book, How Will You Measure Your Life? Christensen points out that 93 percent of all companies that become successful had to abandon their original strategy. Companies don’t succeed because they have the right strategy at the beginning, its because they have enough money left after their first strategy fails. Those companies that do fail usually spend all their money on their first strategy. Good capital is patient for growth and impatient for profit. It demands that a new company finds a way to be profitable with as little investment as possible – so that the entrepreneur doesn’t spend a lot of money pursuing the wrong strategy. Bad capital is capital that demands a business grow really big really fast, and almost always drives the business off a cliff. Big companies burn through cash faster, and big companies find it very difficult to change strategy compared to smaller ones.

That is why capital that demands growth without first seeing profit is bad capital.

Businesses that are looking for capital to scale should only do so when their business model and assumptions are proven correct on a small scale.

As an aside: Lean, Agile, Iterative. Its all about failure. That’s what these seemingly new buzzwords are. The difference between the winner and loser? The winner fails fast and fails cheaply. The winner pushes through the dip of failure and iterates his way to success while keeping his powder dry.

“Cashflow is important maybe the most important, but at the end of the day your aim is to make a profit. There is simply no point in having growth without keeping profit in mind. If you miss out on an opportunity, you will live to fight another day if you are making money. I have a client with a business that has $15m turnover but with a $1.5m loss. He chased work and simply underquoted, they had a couple of delays and whammy it’s all over. You liken it to margin lending, you can make a lot of money by rapidly scaling up.  However, things go bad really quick when they turn against you. Having high growth without a solid profit underpinning the growth just magnifies the downside…… Growth is great, it doesn’t mean anything unless you are making a profit – just means you are wearing bigger pants.“

Iden Werder from Business Turnaround who sees a lot of businesses fail in the growth stage points out:

“Yes there is a time for growth. It is when you have enough capital behind you, for most small businesses, to almost self fund and grow organically. The businesses that grow like that, who dont rush, they are the ones that are around the longest.

A lot of people they run before they walk, take truckies for example, the owner driver gets one truck and makes money. Then he thinks he can have 50 trucks and make 50 times more money. Thing is, it’s a whole different ball game at the higher level. Not only is it about growing after you’re profitable, but growing at a rate that maintains a certain level of profit and doing it gradually. Transition into being a bigger business slowly, and give yourself and your business time to adjust to the challenges.

In order to grow at an outstanding rate organically you have to be doing something pretty cool. Doing something cool is usually, for most businesses, the exception to the rule.

If most small businesses just focussed on being profitable, rather than gearing up for growth, less of them would be taken out of the game.”

People need to be proven profitable just like a business.

Forcing smaller businesses to find a profitable business model just doesn’t apply in speculative high tech industries. It applies to well established business models. Even though some business models have been proven since forever, the people running them have not.

You can have the best possible resume in your industry going, but a resume won’t guarantee exactly how a person performs in particular conditions. For example, some CEOs can perform very well at one company and then completely bomb out at another.

This is the reason why, even when you have a proven track record and you start a new business, a bank will not fall over itself to finance you. Don’t be surprised when a lender seemingly couldn’t give a toss about your resume.

Being profitable in business is like being popular back in high school.

“A lot of advisors think you get external equity first, then debt second. It’s better to get a debtor finance facility in place, get some runs on the board, get profitable and growing then approach private equity for capital. Not the other way around.” – Stephen Hodgkinson.

Let’s face it, financiers are for the most part fair weather friends. We really only want to jump on the wagon when things look good. When you think about it, isn’t that the same for everybody in business? Who wants to do business with people when it is too risky, difficult, and not profitable?

If you flip this around and look at it from another angle: This means what you need to do in business to get friends is be super profitable. The more profitable you are, the more friends you will have. Just like everybody wants to hang around the popular kid in the hope of becoming popular themselves, businesses want to associate with you because they know they will get a piece of the action. Suppliers will give you better pricing, better terms and better service when they know you will have the money to pay.

From a finance perspective, having solid profits means you are a low risk investment. Financiers adjust their pricing for risk, this means you can get your money at the cheapest possible cost to your business. So yes just like any other supplier, your financier will want to be your ‘friend’ and will discount his margin accordingly.

When you are not profitable and are having problems, nobody wants to do business with you. In order to get suppliers, you need to pay a premium. This premium can take the form of higher pricing, or crappy supply terms. Both result in a higher need for working capital. As your cost of business sky rockets, it becomes self perpetuating, and the next thing you know you are out the door backwards.

Applying this principle to your Trade and other types of Finance.

Making mistakes in the supply chain is easily fixed when the numbers are small and the client has cash in reserve to fix the problem.  Scale up the funding too soon and the amount of money to fix problems becomes insurmountable.

From the client’s point of view, doing a small advance first allows the client to get a look at how our processes work. The client will see where the pain points in the deal are going to be. They get to do this before they ‘burn’ themselves taking a large order only to find they cannot deliver on it due to the “black swan” issue that inevitably seems to pop up (don’t know why they call it a black swan when it always gets seen).

It is not uncommon practice to see supply agreements inked in a particular way and to find that they operate commercially much differently. As pointed out in my last post, contracts don’t always reflect what happens operationally. In any type of business transaction there are always a number of assumptions that need testing. Testing of assumptions can only be done in real life and by physically going through the actions. Therefore, as with profit before growth, it’s best to do the testing on a small scale and do a few transactions with a financier to smooth out any bumps.

One definition of happiness is spending at least 1 dollar less than you earn.

Now we can all point to many a case study that shows the Googles, Amazons and Facebooks of this world making huge losses before they turn a profit, but there are alway exceptions to the rule. For us mere business mortals, it’s best to stick with the basic principles of business. I know for me I am happiest when making a profit even if it is modest.

Stop throwing your balls in the air. Good brokers do these things to get deals across the line.Ask The Experts, Featured 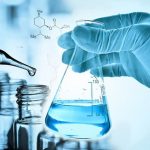 Spending too much on Research and Development (R & D) that prevents you from meeting day to day expenses? We’ve got you covered!Cash Flow, R & D tax incentive funding