Why Mickey And Donald Are Goofy For Project Finance…And You Should Be Too!

Project Finance is not just for the big boys at Disney, finance up to $1,000,000 per month for new projects

Not surprisingly, I’ve received quite a few calls lately in regard to Project Finance (PF). Everyone from builders to IT consultants have been calling me trying to find out a bit more about how it works.

Which is a little surprising considering how straight forward it is.

PF is finance for a particular project that is under contract. The type of work involved in executing the project is not really that important. It could be anything from building a Wide Area Network to installing plumbing in a shopping centre development.

It differs from traditional forms of finance because the financier principally looks to the assets and revenue of the project in order to secure and service the loan.

Since the loan can only be repaid when the project is operational, if a major part of the project fails, the financiers are likely to lose a substantial amount of money.

This obviously means the financier has more to lose than the borrower, which is certainly something new and different.

In the past, PF has been the exclusive domain of governments and multinational engineering and construction companies. Projects such as the Eurotunnel and Euro Disney (and I’m not taking the Mickey), are examples of works funded by PF.

Because the risk to financiers is so high, and the effort involved in mitigating these risks is so intensive, SMEs have been disregarded, until quite recently, as a potential market for PF.

That changed a few years ago when PF was dumbed-down to Contract Finance (CF) by financiers in the US and launched to SMEs in the construction sector. Its popularity soon saw it gain traction in other market sectors and a further tightening of bank lending policies brought on by the GFC has stimulated even further growth.

PF, CF call it what you will, is a tough game for financiers and a good option for professionals whose income is contract based.

Bear in mind, that to be eligible, a contract has to be solid gold. I.E. the issuer needs to be either a government body or household commercial name. We are providing funding at this stage between $50K-$1M per month.

Thank you by the way to everyone that has called me over the last few weeks. But please…please, no more calls from SOHOs that have just won a $2K a month contract with the Dept of Education or major law firm. 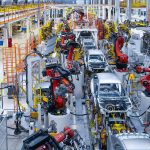